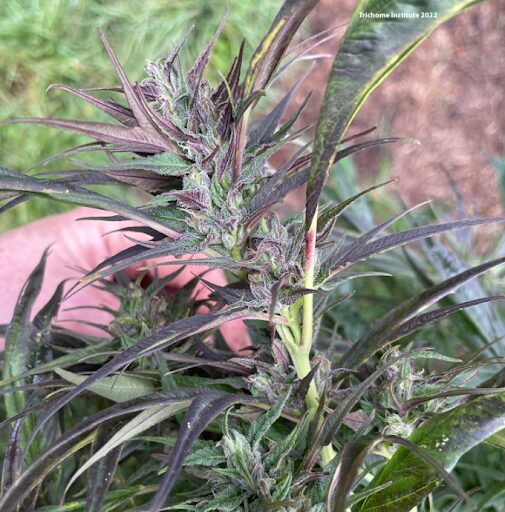 Welcome to JURASSIC POT. The first blog in this series details the background of a potentially new cannabis-hop hybrid, the story about the breeder, why we think these plants could be the real deal, and the testing we plan to do in the future.

The speciation of cannabis and its origins are challenging and highly debated topics. However, it is scientifically understood that cannabis and humulus (hops) are closely related as they diverged from their ancestral species millions of years ago. The family of Cannabaceae contains 170 species and eleven distinct genera. Cannabis and humulus are the only plants related to each other of all the Cannabaceae genera; they aren’t cousins – they’re siblings! For those that enjoy exploring the evolution, divergence, and research of cannabis and hops, I recommend Cannabis Evolution and Ethnobotany by Mark and Merlin. This extensive text goes the most in-depth on this niche subject matter. 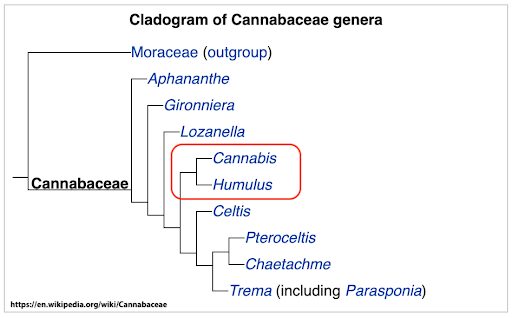 Why cannabis and hops?

For over a decade, I’ve had an affinity for beer and weed, especially when combining the two since they work and play together nicely. Early in my career, I was still unsure which area to focus on, but I eventually decided to develop Interpening instead of a THC-infused beer company in 2013. Still, I federally trademarked “Cannabrew” after consulting cannabis and beer industry experts on the product and name. I could go on forever about flavor profiles, plant characteristics, brew designs, alcohol-free THC beers; you name it.

Before diverging into the plant types, consider this. Have you ever experienced an IPA beer and weed that both tasted and smelled dank? The reason is because of the similarities between cannabis and hops, including the aromatic profiles they muster up. The plant bodies and root systems are different, but their leaf, flower, and chemical makeup are incredibly similar.

If cannabis and beer are so damn closely related, why hasn’t there been a hybrid type yet? The OG’s from back in the day tell me, “everyone has tried crossing cannabis and hops in the backyard since the 1970s, and it just doesn’t work”. And with today’s insane technology in any field, why don’t we smash these beauties together in a lab? What harm could that do – easy peasy – right? Except this is apparently where the Hop Latent Viroid originated. An unsuccessful hybridization between cannabis and hops is where the disease jumped over into cannabis and is wreaking havoc across the industry today. 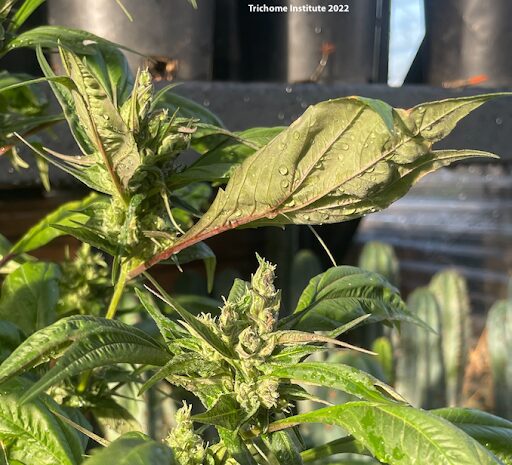 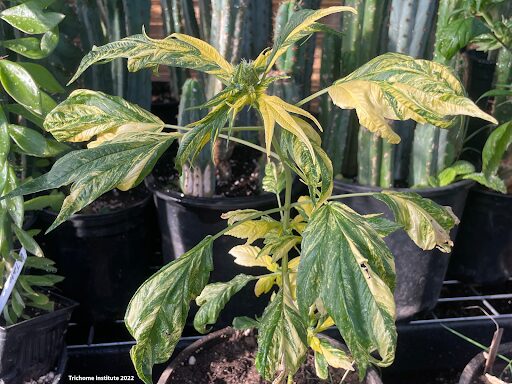 Where did the little hybrid dino Jurassic Pot come from? It all started with a guy named Kaly from Germany who wanted to hide weed from a Karen next door by disguising it as a different-looking plant. Kaly tried breeding cannabis and hops together unsuccessfully until he came across an uncommon hops species with enough genetic material to cross over in the late 1990s. It was not Kaly’s goal to create a new species of cannabis. Instead, he aimed to create a unique smokable hop plant with THC and CBD. 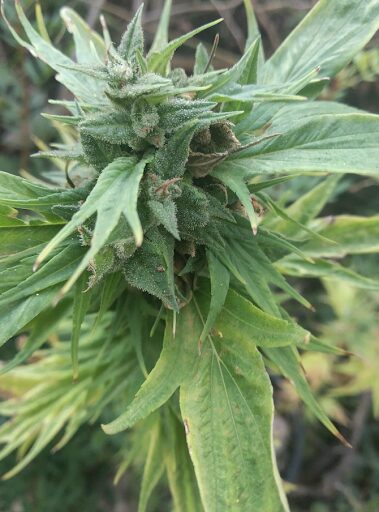 I interviewed Kaly’s business partner and son, André, regarding how and why Kaly crossed hops with cannabis since Kaly doesn’t speak English. André sent me Kalys original notes with leaf presses of the early crosses, pictures of some of the first plants, and the seeds of five types. As someone who has grown and heavily researched cannabis and hops, the story, notes, and plants seem pretty telling, especially since there isn’t anything like them aside from the similar appearance of Ducksfoot. 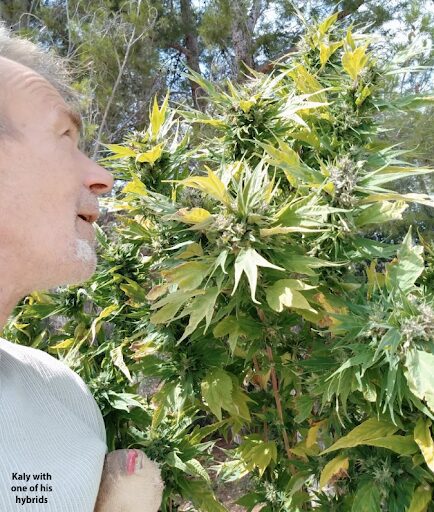 If you’re skeptical about these cannabis-hop hybrids, you’re not alone. After posting our first Instagram post about these plants, many people commented and privately messaged us, saying they don’t believe a cannabis hop hybrid is authentic, that Kaly is just another industry scam, and asked for the evidence. We want to take on the research about these plants because we aren’t 100% sure they are cannabis hop crosses either. To be sure, we will research their chemical and genetic profiles to understand better what these plants are and if they may have any valuable research to offer. Please share insights on “Kaly-types” or evidence for the cross in our comments below! 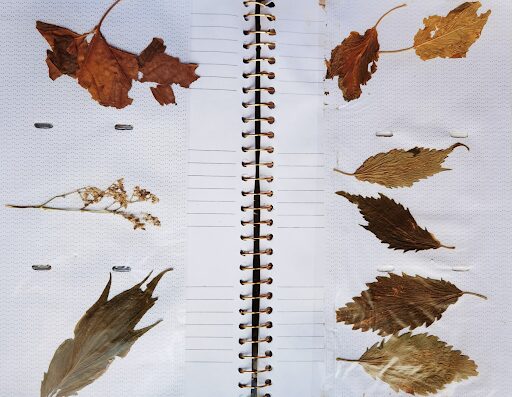 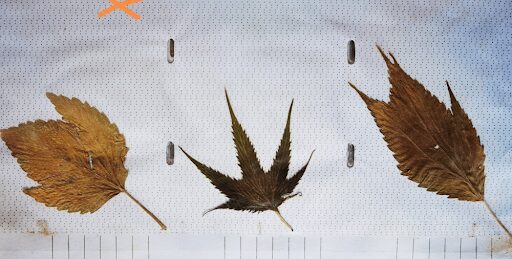 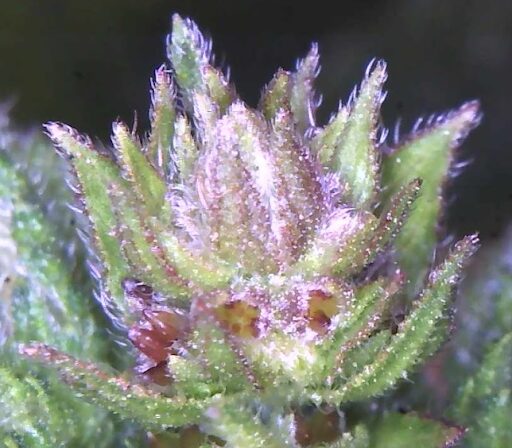 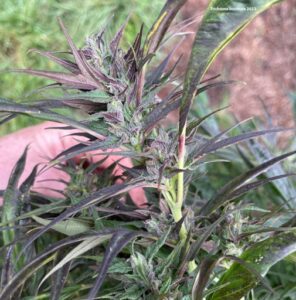 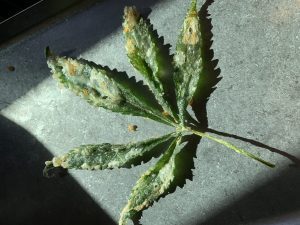