The title isn’t clickbait. This blog post may make some of you super squeamish! However, if you’re fascinated by cannabis science, you need to take a deep breath and keep reading!

Sometimes it can be super challenging when you’re trying to follow all the technical terms when learning how cannabis affects humans. Listening and reading may be enough for some people, but having visual aids on top of the science jargon makes learning a lot more fun and easier to digest. This is why I find the cannabis video by the Institute of Human Anatomy unique.

I’ve studied countless publications, articles, white papers, blogs, documentaries, you name it, but I’ve never come across such an amazing detailed summary about the science of cannabis and humans until I stumbled across this video. 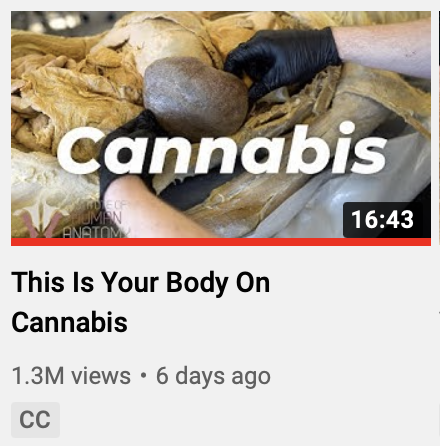 In the video, Justin from IHA discusses the Endocannabinoid System, the locations and functions of CB1 and CB2 receptors, how CBD and THC interact with CB receptors, and more.

After watching the video a couple of times, there are two things that I would like to note.

The first thing to address is that in the video, CBD was described as non-psychoactive since it doesn’t provoke any high or intoxication, but that may not be the case.

Cancer.gov defines psychoactive as a drug or other substance that affects how the brain works and causes changes in mood, awareness, thoughts, feelings, or behaviors. Examples of psychoactive substances include alcohol, caffeine, nicotine, marijuana, and certain pain medicines. Psychoactive is also referred to as psychotropic.

Based on this definition, something that makes you feel “high” or “intoxicated” is psychoactive, but that doesn’t mean that something psychoactive has to make you feel high.

Even though cannabinoids like CBD don’t provoke any high or intoxication, it doesn’t mean they aren’t psychoactive. CBD has been shown to help with so many things from anxiety, sleep, depression, epilepsy, dementia, Alzheimer’s, etc. If it didn’t change how the brain functions, it wouldn’t accomplish so many of its medicinal benefits. This is why calling CBD non-psychoactive is inaccurate and instead should be described as non-intoxicating, along with some other cannabinoids that do not provoke any high.

Considering that cannabis research will grow exponentially over the next couple of decades, many studies will be published that explain which cannabinoids are psychoactive, non-psychoactive, intoxicating, non-intoxicating, or a mix of two. Until much of the research is definitive and the cannabis science community is homogenized in their terminology, you will read and hear a bunch of different and most likely conflicting descriptors for cannabinoids, terpenes, and, well, pretty much anything cannabis-related. So to simplify all of this, let’s break down cannabinoids as either intoxicating or non-intoxicating. 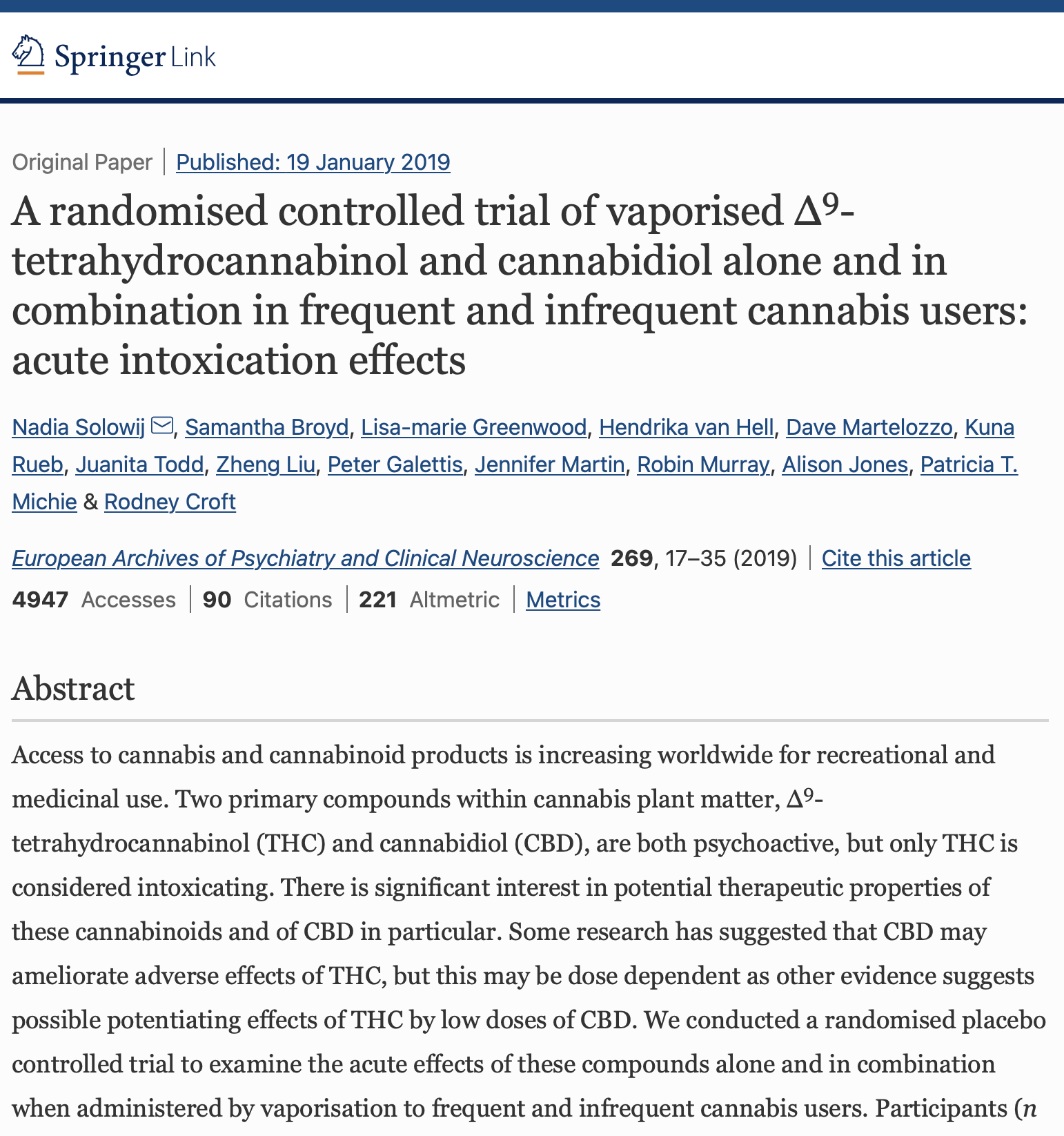 Some people get triggered when they hear the word intoxicating when referring to reefer. However, it’s one of the most commonly understood words from culture to culture that’s connected to many drugs and other substances that alter your conscious state. Interestingly, intoxication can also be used to describe life events that are exhilarating or exciting. As far as I’m concerned, that is definitely what cannabis achieves!

The second thing to address is the idea that the effects of exocannabinoids can be significantly different based on the activity of our endogenous cannabinoids.  Countless times we’ve heard about how the effects of THC can vary based on how it’s consumed, what other cannabinoids may be present, liver health, the terpene profile of a smoked or vaporized product, set and setting, metabolic health, tolerance, mental state, and more.  But I never stopped to deeply consider receptor availability and endocannabinoids?!  In the video, Justin explains that the density of CB1 receptors and the activity of anandamide and 2-AG play significant roles in how cannabis affects the brain.  The perfect example he explained is the difference in the density of CB1 receptors in the cerebellum between humans and rodents.  Although mice are great test subjects for scientific research… you aren’t a mouse, so the side effects will be very different.  Well, this can also happen from human to human, or from you at 18 years to you at 40! 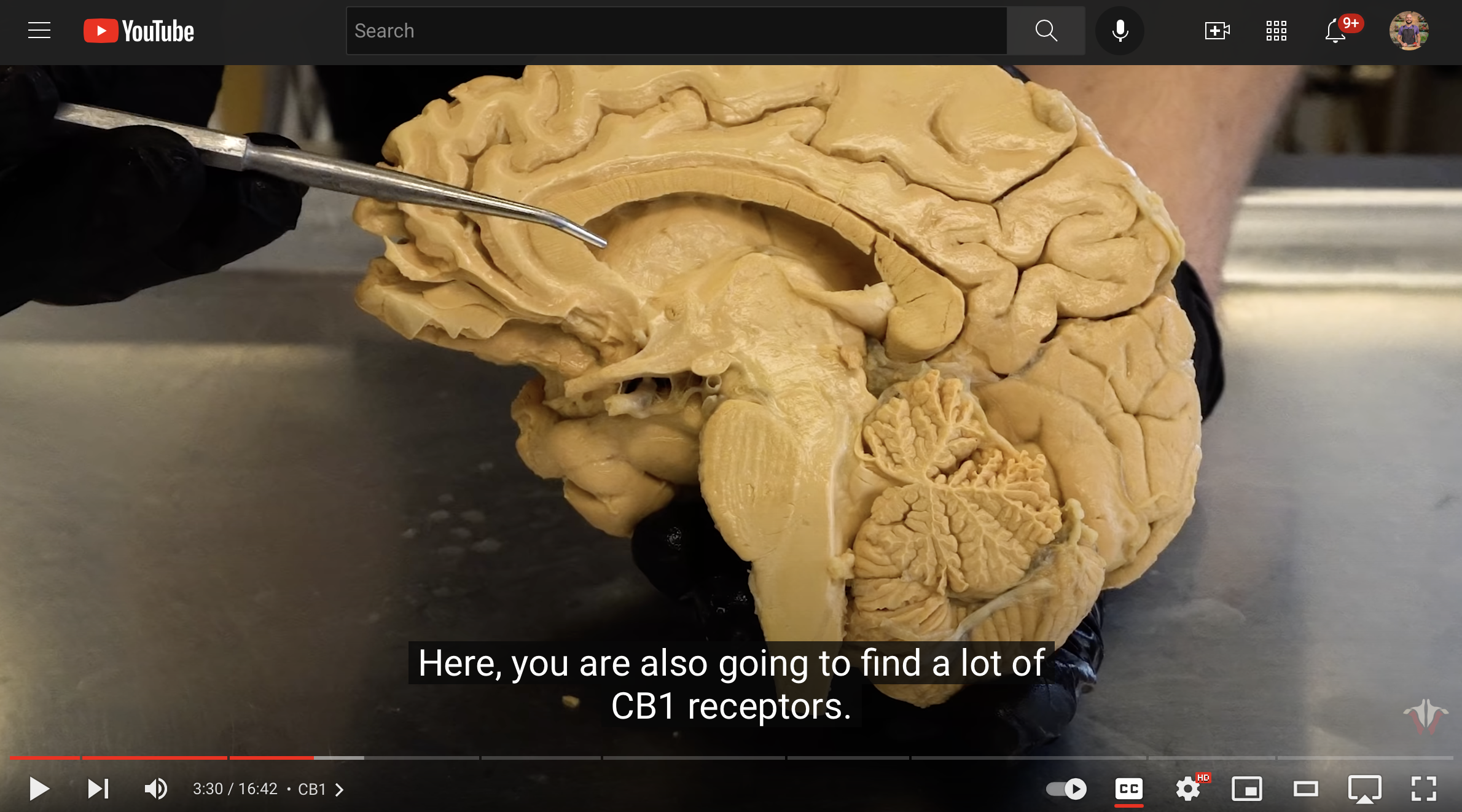 I think this is why cannabis affects people so differently, as they age, change their diet, increase their metabolism, become overall healthier, and experience significant metabolic changes. Since the goal of your ECS is to achieve homeostasis, the amount of work it needs to do is going to be based on how close to par your health is functioning. If you’re overweight, never exercise, eat toxic food, drink excessively, and smoke cigarettes, your ECS will respond entirely differently than if you were fit, ate Whole Foods, exercised, quit smoking, and only drank on special occasions. However, if you consume cannabis the same way you did ask an unhealthy human, your experience could be very different once you are healthy.

How do you think your endocannabinoids have changed over the course of your life?  Have you experienced changes in what and how you can consume when it comes to cannabis?

I hope you take the time to watch and rewatch the video from IHA, as I think it’s the best summary of the ECS I’ve ever come across!

P.S. Did you know you can easily share this post on your LinkedIn and Facebook?  Come on!  Just copy and paste the link into your feed… you know you want to!